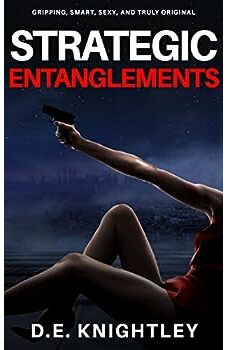 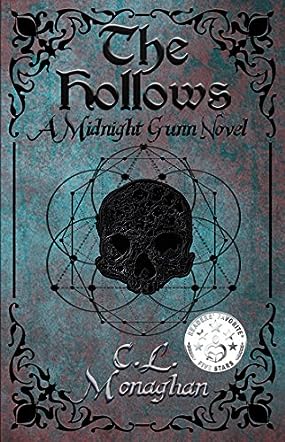 C.L. Monaghan was born and raised in Lincolnshire in the UK. Aged 8 she moved to Sth Africa (a land of adventure!) with her parents where she befriended a mother cheetah and her cubs, chased gigantic dragonflies after the rain and watched the most incredible forked lightning split the sky!

A headstrong tomboy; she climbed trees and rooftops to read books from a very early age. Her childhood favourites were Enid Blyton's The Enchanted Forest, The Wishing Chair, Famous Five and Mallory Towers.

Discovering The Hobbit began a lifelong fascination with Tolkien and the fantasy genre.
In 2000 C.L. Monaghan attended Lincoln University and gained her B.A. Honours degree in History and English Literature. From there it has been her ambition to write her own adventures to share with fellow book lovers. Her debut book 'Immaginario' was placed as a finalist in the 2017 IAN Book of the Year Awards.
She lives in her home town in Lincolnshire with her husband, 3 boys, 5 cats (it's customary for writers to own several cats) and Casper the miniature schnauzer.

The Hollows: A Midnight Gunn Novel is an historical mystery novel written by C.L. Monaghan. Detective Inspector Arthur Gredge had a serial assailant on his hands. The circumstances surrounding the latest victim, a Miss Emmeline Rowbotham, were particularly troublesome due to her being a member of a prominent family and to the fact that she had not survived the attack. The assailant’s other victims were from the lower classes of society and had been found alive, if barely so, and, while conscious, strangely devoid of volition. The case was bizarre and troubling enough that Gredge felt compelled to bring in Midnight Gunn, a paranormal investigator whose familiarity with the dark shadows made Gredge decidedly uncomfortable. But he was convinced that only Midnight would be able to resolve the situation.

C.L. Monaghan’s historical mystery novel, The Hollows: A Midnight Gunn Novel, had me hooked from the first page. Any Sherlock Holmes fan will delight in watching the two detectives look for clues in 1860s London and risk life and limb tracking down a diabolical miscreant. Midnight Gunn is one of the most exciting new detective characters to come around in some time. As I read this book, I began hoping that Monaghan comes up with any number of new and extraordinary cases to occupy the fine minds of Gunn and Dredge. This author makes her historical setting come alive, and watching as this finely plotted detective yarn unfolds is sheer joy. More Midnight Gunn adventures, please. The Hollows: A Midnight Gunn Novel is most highly recommended.


Character Reader reviewed The Hollows: A Midnight Gunn Novel
A Gothic Adventure October 29, 2017
Whew! Love the character of Midnight Gunn. He's a dichotomy of tender mercies for the innocent and unyielding retribution for the guilty. Light and dark, life and death, good and evil.

This is a trip to old London. I felt like I was there. The scent of the old warehouse near the Thames, the filth of the dark basement, tea and scones, and sunlight invading the darkness.

The plot was well constructed. It drew me in and lead me through the rise and fall of our stalwart hero to the conclusion. It couldn't put pit down until I finished it!

Here's hoping we haven't heard the end of Midnight Gunn....what a cool name!


LauraBC reviewed The Hollows: A Midnight Gunn Novel
1 of 1 people found the following helpful
smart, thrilling and creepy with touches of pararnormal October 29, 2017
I haven't read mystery in a few years and this book reminds me how great it can be. I enjoyed this author's debut novel, Immaginario, but this one is on point; clearly this author's mind lives in a paranormal, Gothic, mystery world and does a great job sharing it with readers.

It's smart, well-presented, both thrilling and creepy as well as touching and uplifting in heart-racing, edge-of-seat oscillations, that engaged me in the plot to the point that I just binge read the entire second half... until 2am! The characters from the slightly mysterious Midnight Gunn with strange paranormal skills, to little Polly, to the detective leading the case (and several more) are all strong, unique but believable and have great arcs and growth, with familial warmth and humour balancing against the bleak and devastating murders and torture of the victims by the unknown villain. I found the writing placed me right into the dank, cool shadows of Gothic London: great word choices, succinct but portrayed people and places vividly, poetic and stylistic to the times.

I devoured this mysterious tale, and enjoyed the dramatic resolution that is mostly satisfying crime solving (with hints of a contented happily-ever-after) and a touch of threat to lead in to book 2. This is a series I'll definitely be reading as soon as each book becomes available! Highly recommend if you like the smart mysteries of Sherlock Holmes with the Gothic London setting of Cassandra Clare's Infernal Devices, some British humor, heart-warming life reminders, and a main character somewhat reminiscent of a more feeling, paranormal Bruce Wayne--something for most everyone!