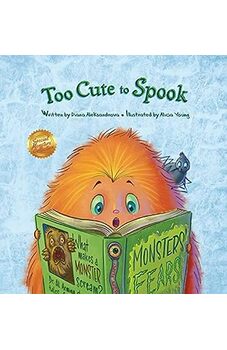 Too Cute to Spook 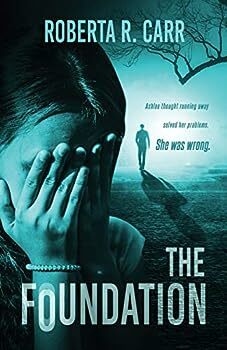 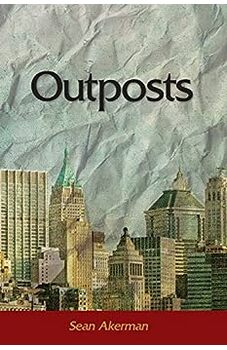 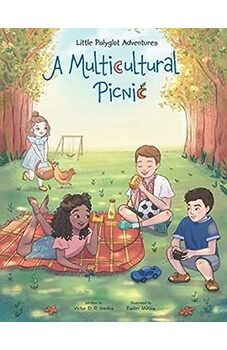 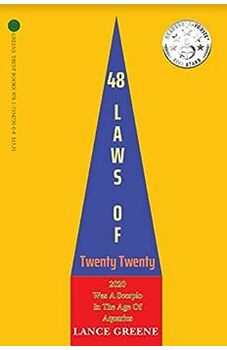 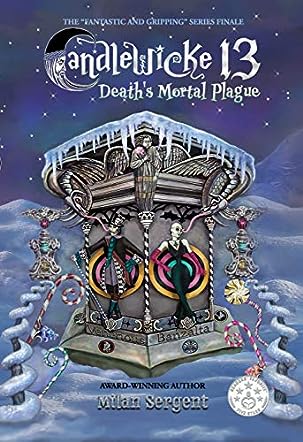 Milan Sergent studied creative writing in college and began writing the Candlewicke 13 novel series in 2007, a year after featuring some of the series' characters in his solo art exhibition, Outsiders and Apparitions, near Rockefeller Center in New York City.

Sergent's Candlewicke 13 and the Tombstone Forest won the Readers' Favorite Finalist Award in the Children - Fantasy/Sci-Fi category as well as the Book Excellence Award Finalist - Fantasy.

An artist and poet since adolescence, a few of Sergent's early poetic works were published in Scarlet Literary Magazine and recently in his illustrated poetry book, Outsiders and Apparitions: Possessed Poems and Art for Family Picnics. He lives with his wife of 30 years, Beatrice H. Crew, who is also an award-winning author.

Candlewicke 13: Death's Mortal Plague by Milan Sergent is the fifth and final book in the un-coming of age fantasy and magic Candlewicke 13, preceded by book one, Curse of the McRavens, book two, The Tombstone Forest, book three, Under the Crescent Moon, and book four, The 13th Hour Begins. This installment picks up with Valor McRaven and his younger, but really very old, sister Doomsy Gloomsy, alongside their recently reunited ragtag group of friends and compatriots of the coven. Hoopenfangia remains under threat of the Grim Warlock's Thirteenth Hour, which Valor is fearful cannot be stopped, aided by Death's Vial of Mortal Plague suspected to be at the helm of the Army of Ancients. The Candlewicke coven is left with little to press forward with as a draconian decree against the use of magic for anything but benevolence. The Hermetic Order, loss of life, murder, the possibility of betrayal by Valor's parents, and a whole host of horrible setbacks make their mission more difficult and more urgent than any could have imagined.

Death's Mortal Plague is a spectacular closing of the Candlewicke 13 series and Milan Sergent delivers it with writing that shimmers as brightly as the magic itself. Once more the coven is faced with the impossible and once more Sergent maneuverers them deftly through a sharp plot and subplots that keep a reader fully immersed. I love the tension and fallibility of even the most likable characters, humanizing a pack that is anything but human. There is a scene where spirits Genola and Ambergis redress perceived offensives in a display that is laced with exceptionally vivid imagery. “The wicked energies sent all the chairs sliding away from the table and against the wall.” The sense of danger and urgency and sacrifice really ties together the coven and those who support them at all costs against all manner of evil. I admit I'm a little bit jealous of those who may just be beginning the series now and in the future on account of them having the opportunity to binge on Candlewicke 13 all at once. Still, the finale was definitely worth the wait and I'm so chuffed to have bought the ticket and taken the wild ride.

Candlewicke 13: Death's Mortal Plague is a work of fiction in the fantasy, magic, and interpersonal drama sub-genres, and was penned by author Milan Sergent. Written as the fifth volume of the truly excellent Candlewicke 13 Series, we find ourselves back with Valor and Doomsy for another fantastic escape in this dark world of magical mysteries, family history, and witchy goings-on. This time, the prophecy of the Grim Warlock seems more real than ever as he tries to get his hands on star beings to help him remove the magic of his enemies. Valor and his gang of adventurers finally get some crucial answers, but can they break the country out of its terrible Deception and save its sorcerers before it’s too late?

Author Milan Sergent is a big favorite of mine, and I always look forward to a new blast of magical adventure from the fantastic Candlewicke 13 series. Whether you’re a younger reader or just young at heart, this is a very immersive, high-quality fantasy series that never ceases to amaze me with its imaginative quality and new twists to the plot. As always, Doomsy Gloomsy is my favorite character, and she goes through quite a trial alongside her brother in this episode. I loved the new plot strands which connected to old clues from previous novels, and even though there was a much darker theme to this tale, it never lost its atmosphere of whimsy and wonder. Overall, I would highly recommend Candlewicke 13: Death's Mortal Plague as another fantastic installment for fans of this gripping fantasy series.

Candlewicke 13: Death's Mortal Plague by Milan Sergent is Book Five of the Candlewicke 13 Series and brings us to the end of this amazing saga. It's time – Doomsy and Valor can finally unravel the Hoopenfangia Deception while getting the answers to their questions. But these may not be the answers they expect and also may not be enough to stop the plague destroying their city, to stop the Thirteenth Hour. The Bound Order of the Zodiac must be freed and only Valor can do it. But his coven is being threatened with death, and the Grim Warlock wants Valor and his friends. He aims to use them as weapons against a world he wants for himself and he plans to have every witch stripped of their powers. Can Valor and Doomsy finally bring an end to the reign of terror? One thing is for sure, their lives will never be the same again.

Candlewicke 13: Death’s Mortal Plague by Milan Sergent is a fitting ending to a fantastic series. Like the previous books in the series, this one also has plenty of illustrations that add to the story and a nail-biting finale awaits all who read it. Please, don’t try to read this as a standalone – it must be read with the rest of the series to make any sense to you. The same characters continue their journey and we meet a few new characters along the way. As usual, the development is excellent and we finally get to learn the ending to Doomsy and Valor’s stories. This is another action-packed installment, full of twists and turns that will have you turning the pages long into the night. Excellent ending to an excellent series.

Candlewicke 13: Death's Mortal Plague by Milan Sergent is the fifth book in the Candlewicke 13 series. This epic conclusion finds Valor getting the answers he's been looking for as another crisis fast approaches. Valor continues his search for how to put an end to the Thirteenth Hour while seeking a cure for the plague spreading through their town. Valor's journey has far to go before setting free the Bound Order of the Zodiac, trying to prevent the star beings from falling into the hands of the Grim Warlock, and keeping the Grim Warlock from gaining the power to conquer the world by removing powers from every witch. Everything comes down to this thrilling end as Sergent takes you for one last wild ride with Valor and his friends.

Milan Sergent delivers an epic and thrilling conclusion to an addictive series that has redefined the Gothic setting through death imagery and dazzling characters. All your favorite characters are back for the final stretch of their stories and the choices that bring their coming-of-age journeys to their conclusion. Valor, Doomsy, Aaron, Egg, and all their friends are finally getting the answers they've spent the last few books trying to find, which leads to several surprises. This also means saying good-bye to this unique world that has brought to life something truly original and hard to put down. Themes of life and death are woven throughout, incorporated within the world and within the story. Sergent has a true talent for the little details that further the reality of this world and this story which continues to pull you in with every twist.

Several threads are running through the story with Valor at the center of it all, but each of his friends has their own journey playing out. Among these are Valor searching for a way to stop the Grim Warlock, finding a way to end the plague, and save everyone he cares about before it's too late. Doomsy Gloomsy has had a vital role within the series and this role continues to expand through her prominent place in Death's Mortal Plague. This is a satisfying end to a series that has delivered incredible surprises and endearing characters that have brought you into their world and created a connection. As with previous installments, Death's Mortal Plague is addictive, captivating, charming, and original. A thrilling conclusion that every fan will be sure to love!

Candlewicke 13: Death's Mortal Plague is the fifth and final novel in the Candlewicke 13 Series by Milan Sergent. Doomsy and Valor had figured out the mystery behind the Great Deception, but that was not the end of troubles for them. The Thirteenth Hour was still a big threat over their heads, not to mention a plague that could destroy their city altogether. To make matters worse, the Grim Warlock was ready to do whatever it took to conquer the world. Even if it meant taking the magic out of every witch, he would do it. It was now up to Valor, Doomsy, and their group of friends to ensure everyone was safe from any danger that came their way. But how could they do it when danger came at them from all directions? Or was this the end of the road for them?

Death's Mortal Plague was a stunning conclusion to the series. The illustrations brought something magical to the story and gave perspective as I read each chapter. This was one of the most cohesive and exceptionally put together series that brought something magical to the table. Valor and Doomy made such a cool pair of protagonists. As always, the author explained the complex plot very easily and allowed me to get lost in the story early on. Valor and Doomsy developed in such a believable way that it was hard for me to find any flaw in them. The narrative style blew me away, but that was what I was expecting from Milan Sergent. The author smartly paced the story, gave just enough clues to make readers want more, and then gradually gave them what they wanted. I was sad to say goodbye to these characters, but it was just a great end to the series.