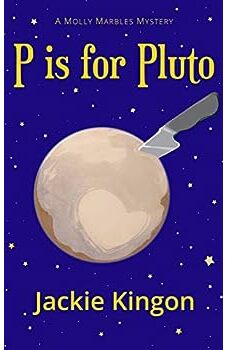 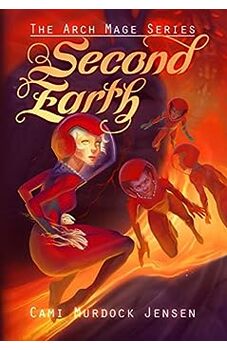 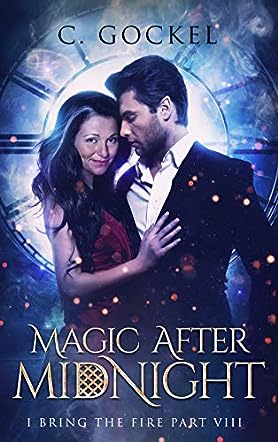 C. Gockel has been writing stories for her friends and family since the dark ages (i.e., before word processors existed.) A few years ago, she started posting those stories to the intertubes. She received emails, messages, and reviews from her fans telling her she should 'do this professionally.' She didn't; she is a coward and life as a digital designer, copywriter and coder is more dependable. But in the end, her husband's nagging wore her down: "You could be the next '50 Shades of Gray' and I could retire!" Unfortunately, the author writes science fiction and fantasy, and isn't particularly good at writing erotica. She is sad about this; she'd love for her husband to be able to retire and just work for her so she could nag him.

At the moment, Ms. Gockel is working on the next installment of After the Fire.

Magic After Midnight by C. Gockel is the second book of the After the Fire series and can be read as a standalone. Marcia's only wish is to be there for her children, for the cancer not to take her just when they need her most. Life has been tough for them; her son is being bullied, her brother doesn't seem to understand why she won't leave the city, and her stepdaughter seems to hate her, often calling her wicked. When they're invited to a ball, surely by accident, they glam up and head out for an unforgettable night, where Marcia gets to deal with her stepdaughter's godmother's snide comments. While attending his duties, Count Darerick Razvano finds himself captivated by a brave woman who showed no fear when confronting Night Elf royalty. When he returns a shoe as an excuse to see her again, he soon surprises himself by offering Marcia a job. Marcia and Dare's budding relationship is quickly pulled into danger as a magical virus begins spreading through the human population, which could mean the extinction of his race. Both determined to save their families, Dare and Marcia will have to decide what side they're on when war threatens and a powerful enemy makes a bold move.

C. Gockel has a fantastic and unique voice, spinning fairy tales and Norse mythology in a modern and quirky way with an added dose of vampires never seen before. Magic is widely known to humankind as being real, but it's not accepted, with multiple instances of protesting and violence aimed at magical people and even humans thought to be magical seen throughout. The story is real and honest, creating a gritty setting reflective of today's society just with the addition of magic. Gockel has a brilliant talent for weaving together mythology and fairy tales, and giving it a modern twist with stunning characters and fun references that include winks at Cinderella - from the stepdaughter Cindy losing a shoe to Cindy having a godmother that lavishes her with gifts. Gockel has a unique take on retelling Cinderella, not an easy feat with how many stories there are, but Magic After Midnight succeeds brilliantly with a fresh perspective. None of the “Cinderella” characters are truly wicked. Marcia isn't an evil stepmother. She's only perceived this way by Cindy who resents her for their lack of money and her saying no. Marcia's other two children aren't anywhere close to evil and every scene spent with them is made even more delightful because of them. It could be easy to write Cindy off as the wicked one for several comments she makes toward Marcia, but in truth she's just an entitled and pampered teenage girl who isn't wicked, just misguided. The family is at the heart of the story, giving the feeling of humanity and love to the story.

All the characters have distinct personalities that set them apart from each other. The romance between Dare and Marcia is adorable in every way as Gockel doesn't romanticize vampires; instead she normalizes them. They're not bloodthirsty monsters or seductive charmers, simply normal people like everyone else who just happen to have fangs. He's a three-thousand-year-old Night Elf and she's a human in her fifties. Their age difference provides much of the humor as well as the complication in their relationship. She looks older than him so she's often referred to as his mother when they go out, while he's actually the one - with grandchildren - who speaks in an old-fashioned way and has issues adapting to technology. Their relationship is highly complicated in many ways, but it's also sweet and what's so charming about them is how normal their banter and dynamic sound. Magic After Midnight is a delightful read from beginning to end with a pertinent premise that resonates, Norse mythology, vampires, romance, family, and lots of heart.

An exciting piece of urban fantasy, Magic after Midnight by C. Gockel transports readers to a dream world that feels so real and appealing, thanks to the author’s storytelling skills. All that’s in Marcia’s mind is how to raise her three children — a very difficult task — even if she isn’t favored by her godmother and stepdaughter. In spite of the stress she is going through, she can still hold things together. But when a Night Elf, Darerick, enters her life, everything changes. The Night Elf only wants to save his kind, but how can Marcia be of use to him? Although they both aren’t seeking love, they find themselves falling for each other. Could it be they were destined to be together and what about Marcia’s children and a magical world on the brink of peril?

The setting is the world we all know, except that readers will get used to the idea of magical monster related traffic jams, of a colorful world of magic coexisting with ours. The author does a great job on the story and the character development is stellar. When the reader meets Marcia, she looks haggard, like someone who is tired of living. She is stressed but hanging on to her commitments. It’s interesting to notice the transformation that takes place in her life as she opens her heart to a stranger. The magic happens, but where will it lead her? C. Gockel makes readers care about her characters and they will enjoy the way she explores emotion in the story, capturing details in the narrative and the setting without sacrificing the cunning of her plot. It’s one of those books that feel like a dream, skillfully written with allusions to Norse mythology, like Loki, the god of mischievousness, and other stylistic elements that make the story an enjoyable read. Magic after Midnight is well-paced and hugely entertaining.

While most vampire movies and books focus on a love story between a young girl and centuries-old, yet dashing, vampire, C. Gockel has changed the game in Magic After Midnight by choosing a woman in her fifties in the leading role. Although this is not a vampire based book, the basic ingredients are the same. Count Darerick Razvano, aka Dare, is a night elf who has been sent to earth with a mission and he hates being compared to a vampire. What instigated this comparison in the first place? Well, the night elves, like vampires, require human blood for their survival. They do not need a lot of blood, though. However, with the involvement of blood in the equation, they are getting a mixed response from humans. Some want them while some want magic to disappear from earth.

While Dare is struggling to come up with a solution that would ensure his race's survival, he comes across a brave and intelligent woman, Marcia. She is not a young woman, but that does not bother him a bit. Marcia, too, feels drawn toward Dare, but she has her reservations and insecurities for all the right reasons. For instance, when they are in public, people assume her to be Dare's mother. Dare's appearance is definitely deceiving. Anyway, they both have an intense desire to be together, but they can't even openly admit their longing to themselves, let alone to each other. As if the survival and heart issues weren't enough, the queen of love and war is out to start a war to rule all the realms. Dare must stop her or risk losing everyone he holds dear.

Magic After Midnight by C. Gockel is my current favorite in the fantasy genre. The story-telling of the author is so gripping that I could imagine myself amidst all the chaos, heartbreak, and magic. The characters connected with me so easily that I cared about them. Although I have no experience in this area, Marcia's struggle with raising teenage kids bothered me as well. I wanted to ground Cindy every time she disrespected or misunderstood her mom. I wanted to sit down with Dare and Marcia and make them confess their feelings to each other. The references to well-known fiction, like Harry Potter, in the dialogues, put a smile on my face. Dare's ancient lifestyle and his reluctance to accept his lack of knowledge of the latest technology made me laugh. But when the action starts, it starts in full swing with a lot of magic, blood, and tragedy. I would recommend this book to fans of magic, romance, humor, and fantasy.