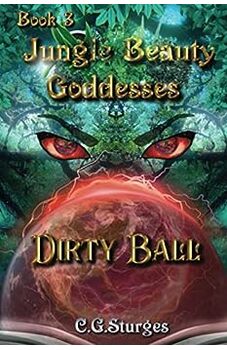 Noah’s Story is a tender picture book about a boy named Noah who has high functioning Autism, also known as Asperger’s Syndrome. It is written by his mother, Grace Kim, as told to her by seven-year-old Noah. Noah’s mother decided to write a story from Noah’s perspective to help him tell his friends and teachers about his challenges. After writing it, she showed it to Noah to see if she had represented his feelings correctly. She then asked Noah to do some drawings for it. It was not intended to be a book at first. It was just a mother’s attempt to help people understand her son. In the book, Noah explains that his Asperger's brain works a bit different than most brains. He tells how he often gets confused by simple things but understands difficult things. He also explains that looking at people’s eyes is distracting for him, which means he can’t focus on what they are saying, so he tends to look away. This causes people to think he is not listening to them. So, he is trying to remember to look at people’s eyes when they speak to him. But even though Noah has challenges, he is glad he has an Asperger’s brain because he can learn quickly. At the end of the story, Noah tells about some famous people who had Asperger’s brains.

Noah’s Story by Grace Kim is a wonderful book that helps children in the early grades accept some children who seem a bit different than most. It will help people of all ages understand those with Autism and particularly those with Asperger's brains. As an intervention specialist, I recommend it to teachers, parents, and anyone who works with children. It is a story that can also benefit college students who are majoring in education. The simplistic pictures, drawn by Noah, can be used as discussion starters to help children accept other children who learn in different ways. The reader could ask children to describe what they think is happening in the pictures and tell them about how they think Noah felt when he drew the pictures.

Noah explains that he feels sad and lonely when nobody plays with him. He wants to join in classroom activities and playground games but sometimes he is not sure how, so he does strange things to get attention, such as speaking in a loud voice. So, he asks others to remind him to speak softly. Noah says that he feels sadness, anger, and happiness just like anyone else, but he may just show his feelings differently. He is thankful for teachers, professionals, and parents who help him. This book will help average functioning children understand children like Noah. It will also help other students with Asperger's brains identify with Noah.