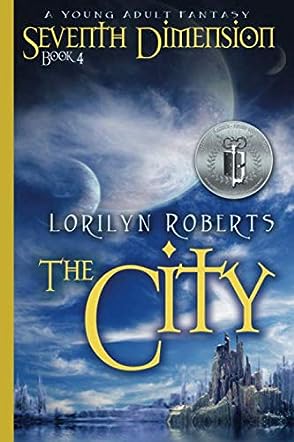 Lorilyn Roberts is an award-winning Christian author who writes for the young and the young at heart.

When not writing books, Lorilyn provides closed captioning for television.

Lorilyn is a single mother by choice. She adopted her two daughters from Nepal and Vietnam. Read her Amazon best-selling memoir, Children of Dreams, endorsed by New York Times best-selling author Jerry Jenkins, and be inspired.

Lorilyn has been a speaker at various events and functions, including women’s groups, adoption support groups, and writer workshops. She is the former president of the Gainesville Chapter of Word Weavers International.

Lorilyn has appeared on many radio and television shows, including WATC 57 Friends & Neighbors out of Atlanta, Georgia, and Discovery Channel’s Monsters Inside Me related to increasing awareness of parasitic infections in international adoption.

Lorilyn is also the founder of the John 3:16 Marketing Network, a network of Christian authors.

Lorilyn has also been involved with the charitable organization Child Hope International bringing Christian books to the orphans of Nepal. She has coordinated the donation of over two hundred books from John 3:16 authors to prisoners at the Wakulla Correctional Institute in Tallahassee, Florida, and she has donated many copies of her award-winning devotional book, "Am I Okay, God" to Created Gainesville, a charitable organization that ministers to women involved in the sex trafficking trade.

“Time is an illusion until God’s appointed time.” This is oft repeated, stressed, in fact, in Lorilyn Roberts’ aspiring young adult novel, Seventh Dimension: The City. And what is the seventh dimension? Mathematically, it is quite beyond our simple expectations, but if we think in God’s perspective, it is all consuming, everything and beyond.

Shale and Daniel are off on another adventure, one that takes them into the realms beyond this world: the underworld and Hades. Evil forces are set upon luring the young couple from their blossoming faith in the Messiah, King Yeshua. Shale has spoken out about her faith at school, to her mother and her friends, even to her father, Brutus, and his frighteningly mystical wife, Scylla. Not all have listened, but when she’s sent on a treacherous mission across the ocean to Israel to find the scrolls she had buried in another time, another dimension, she continues to share her belief even when she feels her own faith challenged. It is a difficult time with her home country of the United States blacked out by some mysterious force, and the world and within Israel erupting in chaos. But once she meets her old friend, Daniel, whom she met previously in another time, another dimension, she is set on her course to follow him and find his father who is being held captive somewhere in Nepal. To what end? Well, that’s the adventure and it’s a real end-of-the-world thriller with all the evil forces rising up. Armageddon is nigh, but will evil prevail?

Lorilyn Roberts captures the reader’s attention from the very first line and carries the excitement to a compelling climax and resolution. Her sense of adventure parallels the adventure of learning and accepting our Messiah, in living our faith to its fullest. The story is one of a series, but it can and does stand alone as a powerful witness to the supremacy of our living God. An exciting read, but also a deeply emotional and thought-provoking one.

Emily-Jane has reviewed several of my books, and I always appreciate her thoroughness and introspection. A great reviewer.