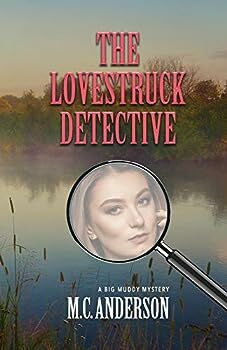 Dear American Patriot,
All of you are aware of the myriad of problems that we face. All of you are aware that the America we love is being hijacked from within.
All of you are aware that the leadership is inept and has been for decades.
But there is something that most are not aware of: 85% of top Government elected officials are lawyers.
Lawyers now control ALL 3 Branches of Government which means, as Jefferson warned, America is no longer a Republic:
- It is controlled by a specific group of people which makes the USA an Oligarchy.
Over the last few decades the lawyer/politicians have created some 20 TRILLION DOLLARS in Debt and have gutted American Morals and The Constitution.
All the evidence points to America's demise under this lawyer mentality and failed leadership. - This book proves this 'beyond a reasonable doubt.'
God Bless America
F.William Houraney

I liked The Gloog Revolution: It’s The Lawyers Stupid! F. William Houraney writes well, and on top of giving his opinion, he also manages to entertain you. I like this type of book. It made me think and I could be wrong, but I think this might be the first blook or blog made into a book that I have ever read. While I enjoyed this book immensely, I have to say that I don’t agree with quite a lot of it, but I love well written pieces from the right. It’s like reading something from a simpler time. I could never figure out why anyone would become a conservative. I call myself a Star Trek progressive, and my positions are constantly shifting because science and the world around us is constantly being unveiled. When F. William Houraney explains these traditional and somewhat antiquated ideas, it becomes easier for me to see why someone might feel strongly about them.

The Gloog Revolution is very well written. The individual pieces are originally out of F. William Houraney’s blog. This makes for some clean, crisp, strong pieces. They also make strong chapters in a book. As I said, I don’t really believe in a lot of F. William Houraney’s political ideas. I read my history. The Romans had this same debate. It looks like we haven’t learned anything, but if the other side can write well then all hope is not lost. This book has plenty for the thinking man and it couldn't be any better written.