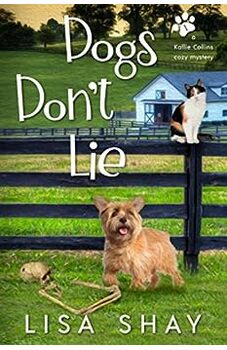 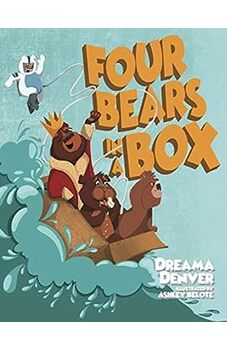 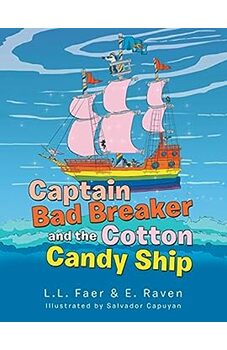 Novelist Peter Kelton, a retired U.S. Newsman, has published six novels in the cross-genre category of literary fiction. His novels conform to the belief that well-written literary fiction doesn’t have to be “Highbrow”; it has to embrace ideas about destiny in a storyline that holds the readers’ attention. He wrote for Texas newspapers in Temple, Greenville and San Antonio and for trade magazines in New York. In 1962 he left the New York editing scene to try to write novels, living in a village in Spain. He returned in 1965 with two manuscripts that Perry Knowlton, an agent at Curtis Brown, promptly accepted. The agent’s only question when they met: “What are you going to write next?” Kelton continued to write novels at night and on weekends for more than 50 years, while writing news daily. Along with more than 100 free-lance assignments, he wrote 450 reviews of novels for six years as National Contemporary Literature critic for Examiner (dot) com. He later placed some of those reviews on Goodreads. He turned 86 in 2018, experiencing a belated wake-up call, for he owned four unsold, unrepresented novels lying fallow, the product of more than 50 years. Kelton has said his story is pretty much the journey that many writers take through the fog of creation to find clarity. “It takes some of us a lot longer to learn than most. But now I’ve got six novels published and well worth reading . . . finally.”

When I read Reminds Me of My Innocence: Amorous Adventures Among Kissing Cousins by Peter Kelton, I knew I would read anything from this author, so I was just as eager to read The Yesterlings: Secrets Among the Wild Horses of Sable Island, and again it turned out to be a literary tour de force, delightful and utterly engaging. Balboa Brontine is a charmer and he uses his skills to join an expedition to an island known for wild horses and shipwrecks. He succeeds in convincing the filmmaker, Paul, to allow a wild and seductive woman, Geraldine, to join their yacht. The two men fight to get the attention of the woman. Now begins a tale of adventure that involves a shipwreck and Balboa's secrets. Stranded, they struggle for survival on an island of wild horses and hidden secrets.

Peter Kelton creates characters that readers can't resist; emotionally and psychologically rich. The setting is exotic, an island filled with mystery and charm. One never knows what will happen next, and the way the author allows the personalities of the characters to come out through the story adds to the sense of suspense that keeps it engaging. The setting is captured in powerful descriptions, each element at a time, and this gives readers clear images that excite the imagination. The Yesterlings: Secrets Among the Wild Horses of Sable Island is ingeniously plotted and skillfully written, a narrative that blends themes of adventure and romance to offer entertainment to readers. It's another page-turner from an author who knows just what it takes to engage readers.

Not much changes on Sable Island. The winds off the ocean whip up the sand; the storms wash wrecked ships ashore. Hurricanes flush birds from other locations and dump them on the sand spit of an island. And then there are the horses. Wild horses. Spanish horses. Descendants of those left behind from a shipwreck centuries ago.

A New Orleans film-maker, once a journalist but weeded out by multiple cutbacks, has been commissioned by the Canadian government to make a film about Sable Island and its secrets. Balboa, a mixed breed Argentinian, who claims to have been brought up by the wild horses of Sable Island, attaches himself to the film-maker. He wants to tag along, to help with the filming, to add to the stories. Amongst the trivia of tales he shares, he manages to insert multiple words of wisdom: “Change in the only constant.” And “Coincidence is a funny thing.” And “Most of life is” … an accident. All of which could apply to anyone, anywhere, at any time and it certainly defines the elements that keep Sable Island and its wild horses the secret enigma that has fascinated writers and artists for centuries.

Peter Kelton’s novel, The Yesterlings: Secrets Among the Wild Horses of Sable Island, is more than just another story about Sable Island and its famous horses. This literary work explores the very depths of humanity and the multiple paradoxes of life. As Balboa’s bird professor girlfriend states, “paradoxes are apparently good arguments that lead to conclusions that are beyond belief.” Written in an allegorical style, the author unravels the mysteries and secrets of more than just the wild horses. A powerful narrative with hidden secrets of its own.

The Yesterlings: Secrets Among the Wild Horses of Sable Island is another uniquely penned literary mystery by author Peter Kelton. In this comedic and unusual work, the central mystery revolves around the character of Balboa Brontine, a wild at heart Argentinian who appears to have a passion for horse breeding. When Balboa schmoozes himself onto a ship headed for Canada, and the location of some very wild horses indeed, he finds himself vying for the attention of the luscious Geraldine against filmmaker Paul. Things take a sinister turn as the trio finds themselves shipwrecked and stranded, and Balboa’s true intentions come to light once they’re trapped with him on Sable Island.

This was the most exciting of Peter Kelton’s mysteries by a mile. I adored the deep focus on the unreliability of others and their tales, and the three personalities which clashed in this novel did so with real vigor that makes you want to laugh out loud as you turn every page. The mystery itself and Balboa’s strange obsession with the island was unexpected, bizarre, but ultimately satisfying, and once again there was an intriguing mixture of cultural personalities and attitudes to unpick. The shipwreck and the sudden entrance of a desert island survival tale kept the plot fresh and exciting, reaching a well-penned climax that I genuinely didn’t see coming. Overall, I’d recommend The Yesterlings: Secrets Among the Wild Horses of Sable Island as a pinnacle of modern mystery. A little on the unusual side, but well worth the wild ride it provides.

Paul is working with a grant from the Canadian Film Commission to document facts about Sable Island. Balboa Brontine convinces Paul to let him be part of the expedition and to bring along an attractive woman. While the two men vie for the attention of the beautiful woman, a shipwreck leaves them stranded on the mysterious island. But there is more to their predicament than the fight for survival in this land of wild horses and secrets. Balboa has more dangerous secrets. The Yesterlings: Secrets Among the Wild Horses of Sable Island by Peter Kelton is a tale of adventure with a unique setting and awesome characters.

The power of the prose is noticeable at the very beginning of the narrative and the author allows readers to have a very clear idea of what the characters are like. Here is how Paul describes his old army colleague, Balboa Brontine: "He is a large, muscled man with deceptively polite manners, inclined to a gambler’s form of dress, paisley vest, and a string tie." This is a description that will stay with readers and that plays a huge role in the evolution of the character. The author has the gift of providing background information through dialogues that are well crafted and enjoyable.

Character development is impeccable and I enjoyed the way Balboa is developed. The reader is intrigued about this man who has been in prison for stealing birds. There is something not right about him, but it is hard to say what it is. As the narrative moves forward, readers understand his personality, moving from layer to layer in a journey filled with suspense. Peter Kelton has a gift for storytelling and his plot points are so cunningly done that the reader can't put the book down. The elegance of prose in The Yesterlings: Secrets Among the Wild Horses of Sable Island and the author's ability to paint powerful images in readers' minds are elements that kept me turning the pages. This book is pure literary delight.

The Yesterlings: Secrets Among the Wild Horses of Sable Island by Peter Kelton is the story of a man called Balboa Brontine who manages to persuade a film maker called Paul to allow him and a woman called Geraldine to go with him to visit Sable Island. Their journey leads them to being shipwrecked on the island. There are a lot of stories about Sable Island and what has happened there over the years, but the characters get first hand experience with it. The author looks at the characters' history, their ancestry and the journey they are on now and where it will lead. Balboa has many fantastical tales to tell, including being raised by wild horses himself. The story jumps straight into his story-telling as he speaks to Paul and tries to convince him that he should come along with him while he is making this film.

Peter Kelton has written an interesting and entertaining story with The Yesterlings: Secrets Among the Wild Horses of Sable Island. The characters were well developed and there was a good use of dialogue. I felt that it was always moving forward; it kept me reading. I think it will appeal to fans of literary fiction, because there is a mixture of adventure and good storytelling. The characters are a little strange at times, but I think this gives them depth and likability. The Yesterlings will do well in the literary fiction market. There is a good mix of humor and drama to keep most readers entertained. I would recommend it.