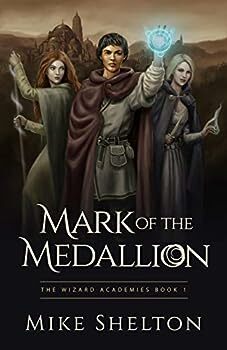 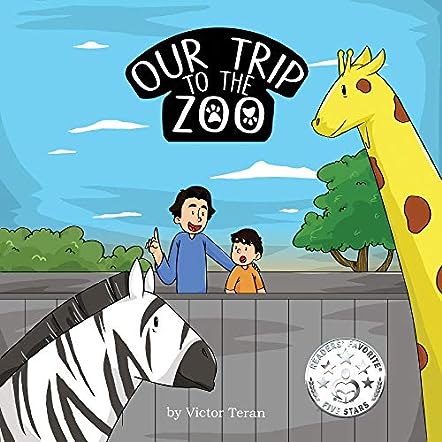 Victor Teran is a Marine Corps combat veteran (1996-2004). Served in the Federal Government (2004-2013). Has honorably served our nation for over seventeen years.

A New Yorker, living in New Jersey. His children's book, "Our Trip to the Zoo", has been awarded the five star seal, and has entered the International Book Award Contest.

In addition, Victor Teran is a Master Hall of Fame inductee; a seventh degree black belt and operates his own martial arts and fitness studio in Jersey City, New Jersey.

Our mission is to create children's book that will impact the young minds in our communities in a very positive way. Books that are filled with vivid illustrations, great imagination, passion, and empowering messages.

Stay creative, use your imagination and enjoy the writing process...

Victor Teran’s Our Trip to the Zoo is a colorful children’s book about a young boy named Landon and his father who visit a zoo and learn to count to ten at the same time by the number of different animals that they see as they make their way through the zoo. Throughout the book, the numbers themselves are even in the shapes of the animals that they encounter on their journey. The narration style is a rhyming scheme which may also help to provide an educational tool for younger children as a way of remembering how to count from one to ten.

Our Trip to the Zoo by Victor Teran really caught my attention, not only with the storyline itself but with the illustrations as they subtly reminded me of comic strip cartoon characters that I might find in the funny pages of a newspaper. There was a nostalgic essence to them that I completely appreciated. If you are a fan of bright and colorful illustrations and rhyming storylines that teach as they go, you will want to share this book with the little ones in your own life, or perhaps as a gift to others with children. I feel it would also be a good resource to have on hand before a trip to a real zoo, as a way to show kids what they will be seeing so that they aren’t overly fearful, and will know what to expect. Victor Teran's Our Trip to the Zoo will surely not disappoint, will encourage young readers and make learning how to count an enjoyable experience for all.

Our Trip to the Zoo is an educational adventure children’s picture book written by Victor Teran. Landon and his dad had such an amazing time at the zoo. They ate ice cream, played, and met ten different animals. Dad suggested they count each of those animals as they visited them in their enclosures. The first animal, a rhinoceros, had one horn on its forehead. It reminded Landon of a unicorn. What a perfect example for number one! A giraffe was the second animal they saw. She was so tall, her neck was longer than it seemed possible. Landon thought she had a funny face, but he wasn’t going to get too close. The third animal was even scarier. Crocodiles are big and have lots of teeth, but zoos are safe ways to see them. Which animals would be next?

Our Trip to the Zoo introduces wild animals to young children while helping them learn to count to ten. Not only are there ten animals, but each number is portrayed in creative ways that work with the targeted animal. Seeing each of the zoo animals through Landon’s eyes is fun, and sharing in a father-son adventure imparts magic to the day. The illustrations are brightly colored and cheerful, and the animals pictured are drawn in a way that will encourage kids to try drawing them on their own. Caregivers can follow up story time with challenges to find groups of ten in classrooms or homes to keep the math lesson going. Our Trip to the Zoo is highly recommended.

Landon is off to the zoo with his Dad. There’s a lot to see and do at the zoo. Not only are there lots of interesting animals from all over the world, but there are opportunities for Landon to learn so much more. As the two explore the zoo, Dad insists on helping Landon with his numbers. So, they create a list, organizing their visit one animal at a time from 1 to 10. Some of the animals are bright and colorful, like the macaw. Others are big and scary, like the crocodile. The giraffe was scary, too, but only because it had such a long neck that made it look really big.

Victor Teran’s picture book story, Our Trip to the Zoo, is a delightful, fun-filled learning gem. I found this book rather unique. Usually, a book teaching numbers to young readers has the number of items (in this case zoo animals) illustrated to encourage number association. In this book, numbers are used to list the order in which the animals at the zoo are seen. The animal associated with that number is somehow twisted and manipulated to form the number. For example, the long giraffe’s neck is twisted around to form the number ‘2’. This approach to teaching numbers allows young readers to associate numbers with organization and to actually develop organizational skills. With the beautiful illustrations, the young reader will enjoy touring the zoo with Landon and his father, as well as learning about the animals they see. The story is told in rhyming verse to make the presentation and the learning experience fun. This book is a real treasure.